We started to work on Untold Festival's Key Visual back in february.

In the first couple of weeks we focused on creating tddhe concept behind this years creative direction , in close relation with the client.

After lots of back and forth discussions , we agreed on a magical , mistical , Transylvanian feel and look.

In the samples below you can see some of the initial sketches , concepts , renders for the first Untold Poster for 2016. 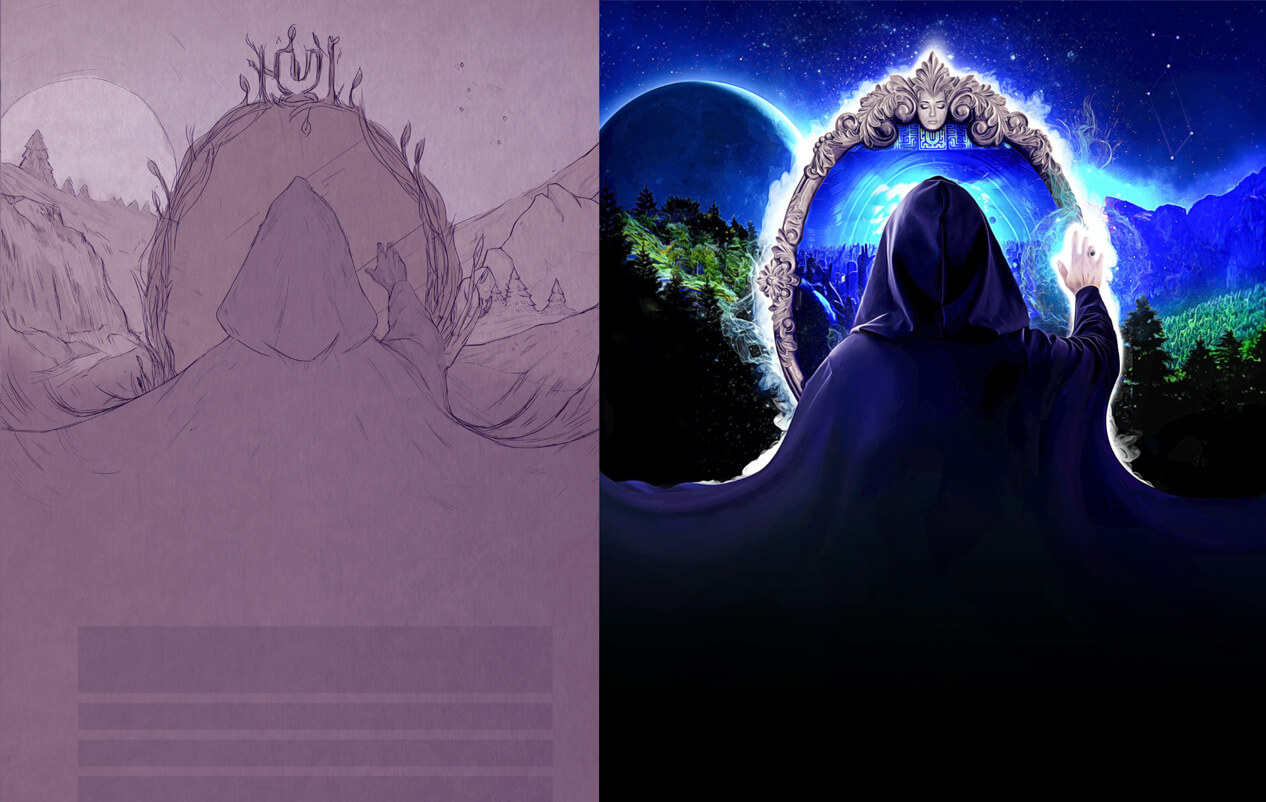 After we finished the first part of the Key Visual for we've started to work on the second part ,

which was revealed to the public at the beginning of june 2016.

On the left side you can see the final sketch / concept for the poster ,

and on the right is one of many renders we came up with. 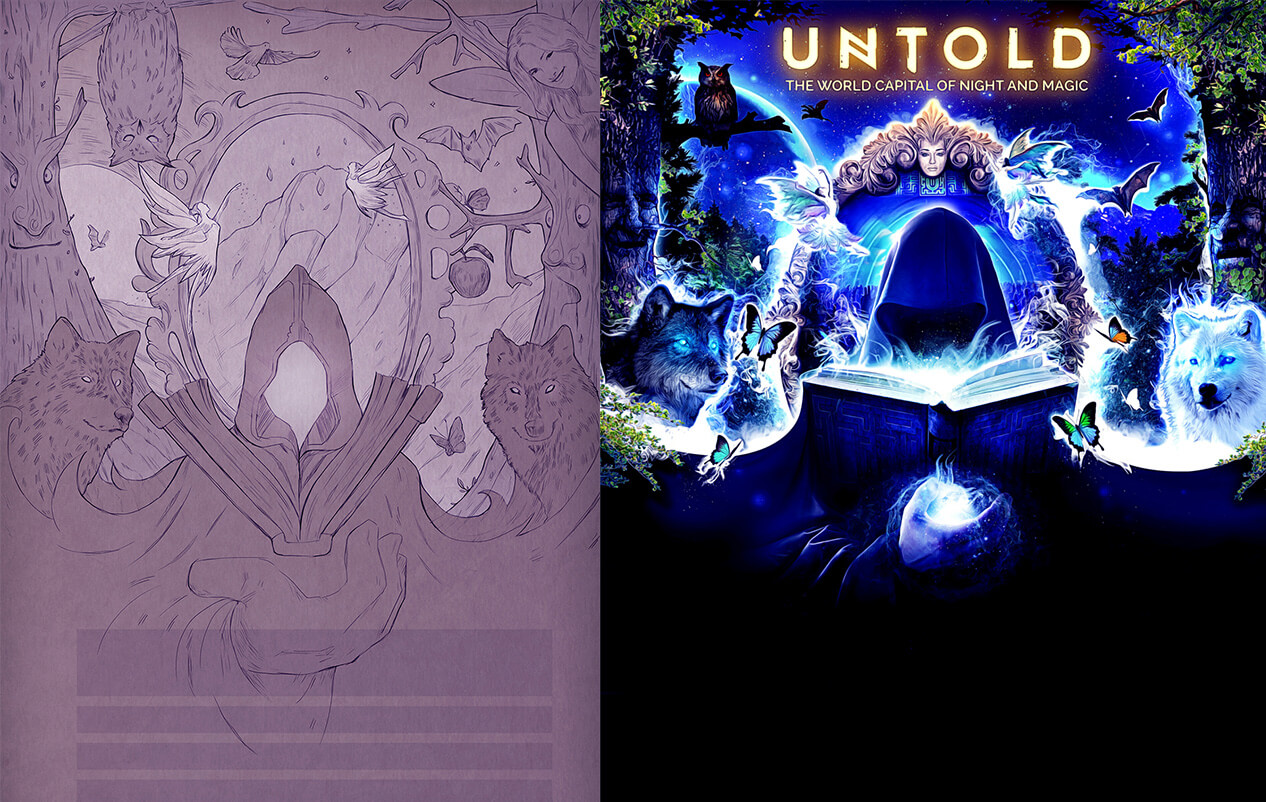 AND THE WINNER IS...

After making over 10+ versions , the client decided that we should continue with a less detailed , crowded version. 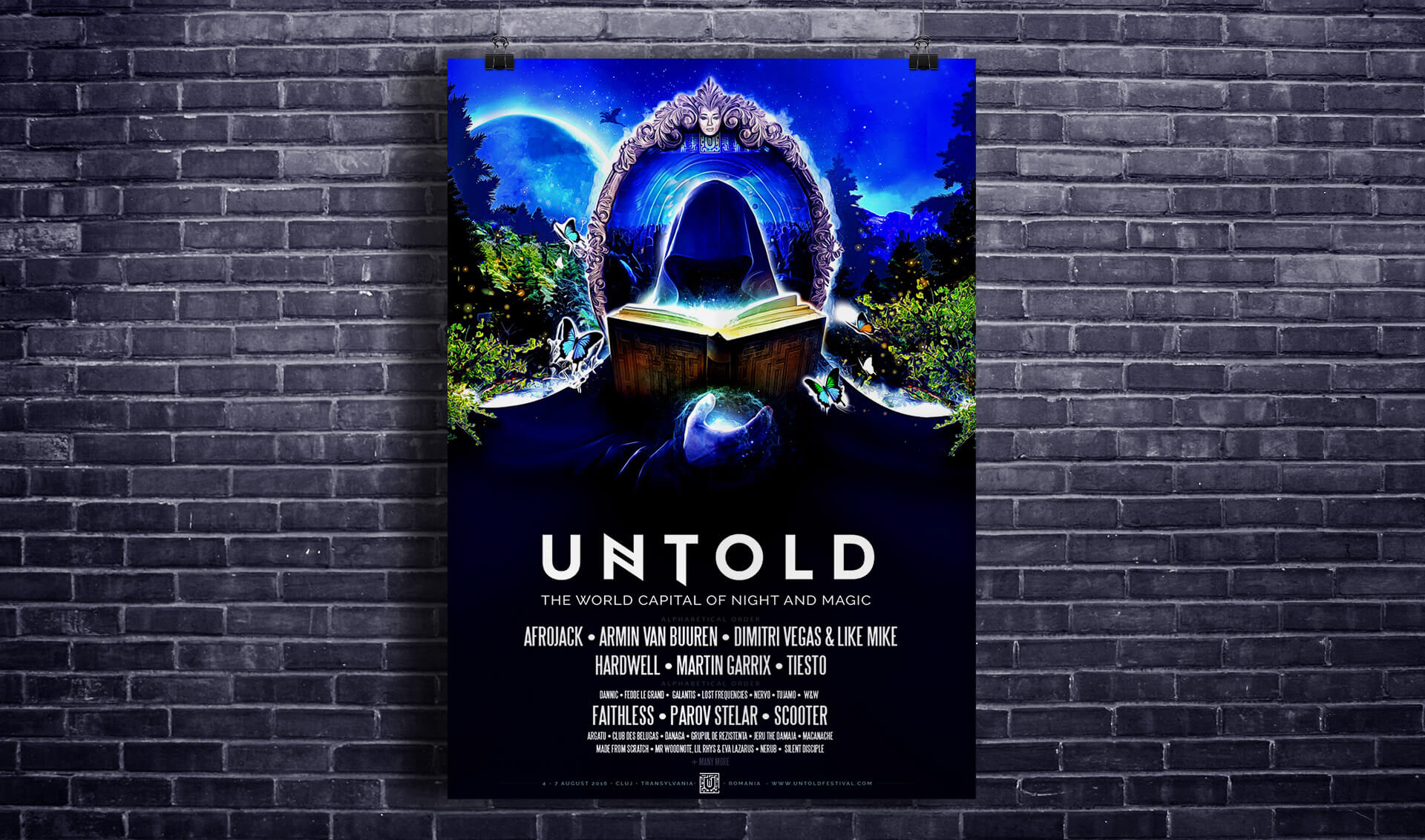 Creating a good User Experience is hard work , but here at ArtDynasty we like a good challenge.

After the key visual was set , we started to work on Untold's online presence.

First a landing page , and later on the now fully working website.

In this day and age , mobile apps are an important part of our lives , people use them every day.

After learning from user feedbacks for last years Untold App ( which we made as well ) , we wanted to create a simple and user friendly

experience ,but also including some Untold Magic too :)

The new app has features like , schedule , notifications , map and pac-man style game where you can win an

Untold Invite if you are good enough and get on the top of the list.

The map used for the festival was also done by us.We tried to create a usefull , use friendly design , with some fresh flat styled icons. 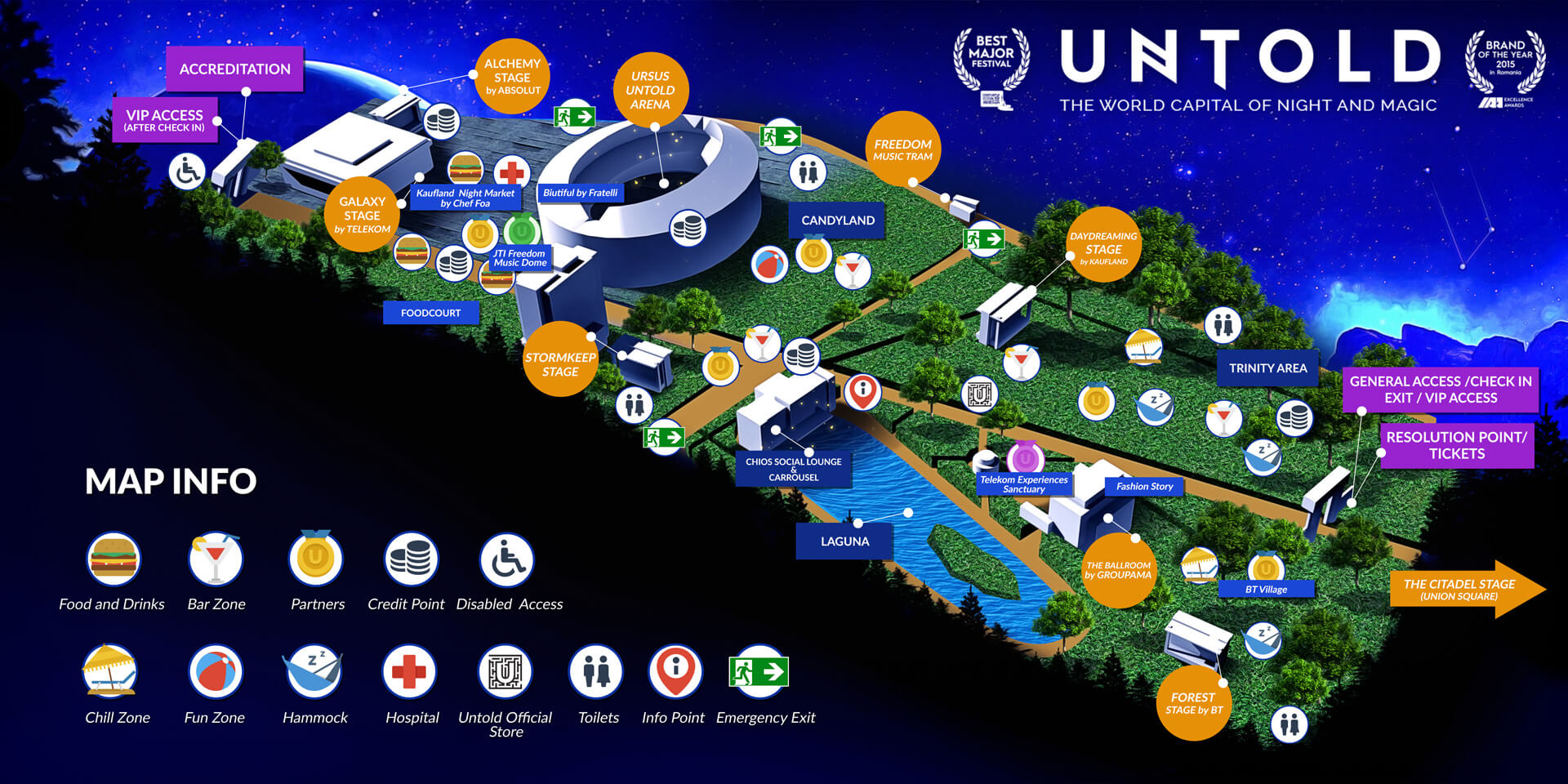 Last but not least here ore some shots from the festival.

And in the next featured samples you can see our designs in action in the beautifull city of Cluj-Napoca where the Magic is hosted.